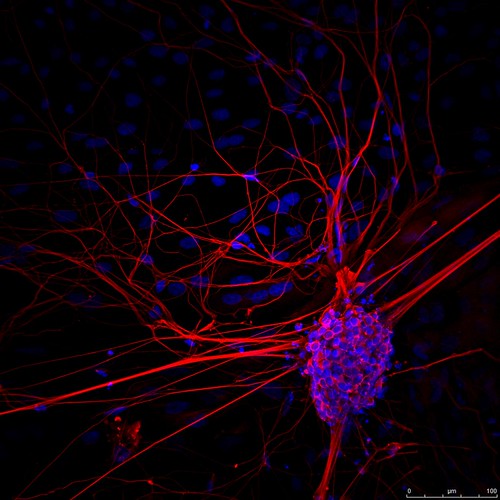 Pulses of light might one day restore normal muscle activity in people with cerebral palsy or paralysed limbs. That’s the hope of researchers now using the technique to control the leg muscles of mice.

The work is part of a growing field called optogenetics, and used light-activated proteins from photosynthetic algae to switch nerve cells on and off. The latest study is the first to apply the technique to the peripheral nervous system, which controls voluntary movements.

Karl Deisseroth of Stanford University, and colleagues, inserted into mice the gene which codes for the algal protein ChR2, which caused the protein to attach itself to the surface of nerve cells. After anaesthetising each mouse, they optically stimulated its sciatic nerve â€“ which runs from the lower back to the lower limb â€“ using a cuff lined with light-emitting diodes. They measured the resulting contractions in the Achilles tendon.

Stimulating muscles with electrical impulses has allowed paralysed people to walk. But electrical signals activate large, fast-twitch nerve fibres before small slow-twitch ones â€“ the opposite of what happens naturally. This makes people walk with jerky, robotic movements which quickly become exhausting.

In contrast, the light pulses reproduced the “natural firing order” of nerves in the mice, says team-member Scott Delp, also at Stanford. The team is hopeful that the technique could work in humans to restore movement to paralysed limbs, or counter the muscle spasticity characteristic of cerebral palsy.