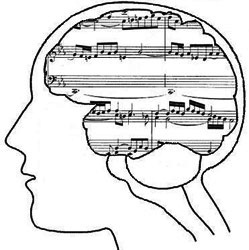 Lifelong musical training appears to offset some of the deleterious effects of aging â€” memory and the ability to hear speech in noise â€” researchers at Northwestern University have found.

They found that musicians who began playing an instrument at age 9 or earlier and consistently played an instrument throughout their lives out-performed the non-musician group in all but visual working memory, where both groups showed nearly identical ability.